Take a digital audio tour through the exhibition!

Today the far-reaching effects of global networks – historically, economically, politically and culturally – permeate the everyday life and private realm of all individuals. At the same time, positions based on concepts of a homogenous national and cultural identity are gaining ground. “Interiorities” confronts this development and embarks on a search for alternative strategies. The exhibition explores the fabric of transnational and fluid identity and aesthetically formulates new and complex images of a fragmented self.

Based on the art historical genre of interior painting, “Interiorities” unites four artists – Njideka Akunyili Crosby, Leonor Antunes, Henrike Naumann and Adriana Varejão – who explore the relationship between interior and exterior space. Whether as an imaginary or real setting, as metaphor or a concrete site for intimate social actions, these artists’ works reveal the potential of the interior to reflect and alter the social and political zeitgeist.

The exhibiting artists are internationally established and their works highly topical. In the context of the 30th anniversary of the fall of the Berlin Wall this year, Henrike Naumann’s work is drawing extra media attention and being exhibited in numerous presentations; Njideka Akunyili Crosby and Leonor Antunes are both represented by work in international biennials and being honored with solo exhibitions at renowned institutions; Adriana Varejão is already regarded as one of the most important contemporary artists in Brazil. It is thus all the more astonishing that the works of two of the artists, Njideka Akunyili Crosby and Adriana Varejão, are to be presented for the first time in a museum setting in Germany.

Despite the artists’ formally divergent artistic approaches and their dissimilar cultural and social origins, their works are united by a central concern: the question of the importance of cosmopolitanism in today’s society, the representatives of which regard themselves as related to all parts of the world and thus in a position of responsibility. With a strong historical awareness, the artists demonstrate their interconnection with the world, exploring global history as one of today’s central challenges. The contextual reference point and common visual orientation constitute the concrete elements of the interior – as the spatially manifested expansion of the individual. Belonging and demarcation, introspective nationalism and culturally open world citizenship, as well as entanglement in history and social visions of the future come together like nuclei in the interior space.

Inspired by the classical painterly representation of interiors, (living) rooms, as well as domestic and representative spaces, the interior serves as a starting point for all four artists, which they employ like a seismograph to record nuances of the outer world and to juxtapose the interior with a complex political, economic and cultural exterior.

The exhibition is curated by Anna Schneider, assisted by Dimona Stöckle.

On the occasion of the exhibition, Haus der Kunst will publish an exhibition catalog.

With thanks to Victoria Miro for the generous support of the project. We further thank the Gesellschaft der Freunde Haus der Kunst e.V. for their support. 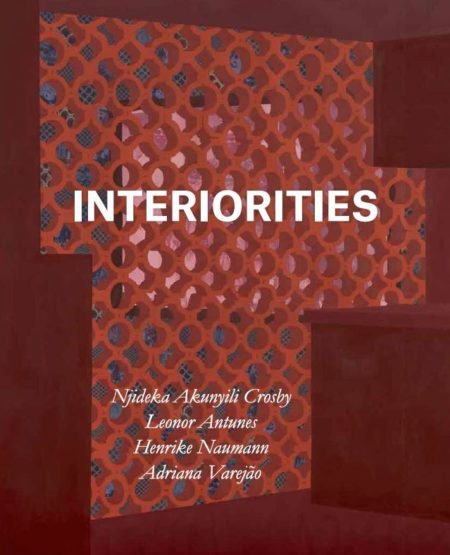