The Düsseldorf artist Thomas Schütte (*1954) has an impressive repertory of different themes and forms of expression at his disposal. Internationally he is considered to occupy one of the most important artistic positions in Germany. Schütte participated in documenta in Kassel three times; in 2005, he was awarded the Golden Lion for Best artist at the Venice Biennial.

Thomas Schütte's oeuvre is exceptional in its productivity and diversity: the large variety of techniques attests to diligent experimentation and an outstanding delight in materials. His commitment to craftsmanship and his typical – not seldom black – sense of humour, define Schütte’s works that deal predominantly with socially critical themes.

This exhibition now provides an overview of his multi-facetted creativity with works dating from the 1980s to today. Thomas Schütte became known for his architectural models the size of tables, however, the exhibition also includes his photographs, installations and watercolours, as well as examples from key sculpture series such as "Frauen" [Women] and "Große Geister" [Big Spirits].

The media Thomas Schütte works in, is as varied as the subject matters are elementary and familiar, forming the basis of his artworks: human relationships, topics such as vulnerability and isolation, love, happiness and loss. Thereby, the artist continually manages to create touching as well as critical images for contents of such complexity. This is particularly true of the exhibition's highlight: the more than five metre-high model of "Mann im Matsch" [Man in Mud] – a bronze sculpture, which can be seen in Oldenburg from june 2009.

Thomas Schütte has examined the meaning of monuments in various ways; now he confronts the Haus der Kunst's history-laden spaces with this classical "Anti Monument". The "impossibility" of failure, which is inscribed into this building, is subtly thwarted by Schütte's larger-than-life, yet seemingly helpless figure – a clear illustration of the ambiguous combination of monumentality and isolation.

The presentation at the Haus der Kunst is the first comprehensive Thomas Schütte exhibition in Munich and was developed in close collaboration with the artist.

"Normality is for me the most unmentionable..." 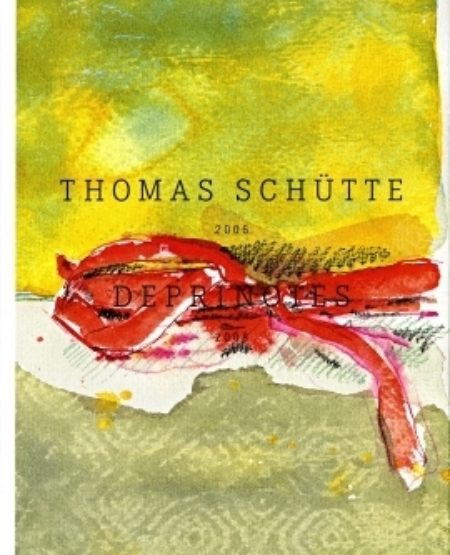