Presenting more than 100 sculptures, paintings, drawings and edition works, this is the most comprehensive retrospective to date on the American artist Richard Artschwager (1923–2013). It is an exploration of his work that consistently focuses on questions regarding the visual and physical preoccupation with the world.

Artschwager’s work is associated with Pop, Minimalism and Conceptual Art, and combines elements of all three. After studying chemistry and mathematics, Artschwager became a carpenter, designing and making furniture in New York. He continued his interest in commercial and industrial materials such as Formica or Celotex, which he used to blur categorical distinctions between pictures, sculptures and functional objects as well as to draw attention to the unnoticed physical space, confounding our sense of what is real. An example for both aspects is Description of Table (1965), a cubic structure consisting of melamine laminate on plywood. With its black, white and brown-grained areas it indicates a table with four legs and a white tablecloth, but it can’t be used as such: The black areas simulate the space "below" a table, which doesn’t really exist. With these "useless objects," Artschwager aimed to point out our diffuse perception of the world around us; the viewer is forced into encounters that are not only visual but also physical. His works emphasize the unfamiliarity of the familiar and explore current societal values. Both Double Dinner (1988) and Lunch for Two (2007) depict a dining-room set – once as a sculpture, once as a painting – suggesting a view of everyday life in consumer America as an alienating, uncomfortable form of existence in which each figure appears strangely isolated.

Artschwager's paintings appear mostly in shades of gray and characterized by an uneven line structure that covers the whole picture, dissolving the shape of faces, bodies and objects equally. After 2003, Artschwager began ambitious experiments with color. His latest works are saturated with colors of a brilliance and intensity never before seen in the artist’s oeuvre.

This exhibition was organized by the Whitney Museum of American Art, New York, in association with the Yale University Art Gallery, New Haven. The Munich presentation is organized in collaboration with Haus der Kunst, Munich.

Thanks to the Dr. Karl Wamsler Foundation as well as to Gagosian Gallery, New York,
and Sprüth Magers Berlin London for additional support of the presentation in Munich. 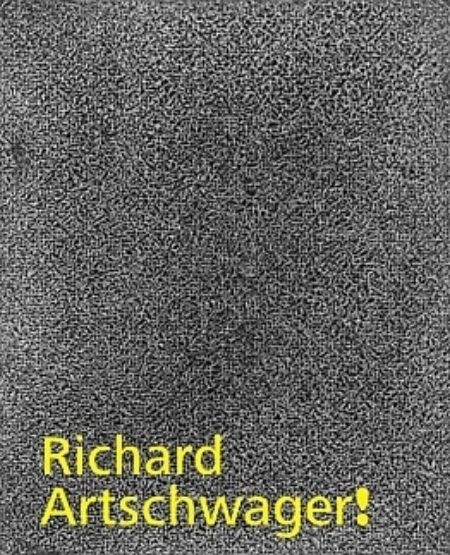