“Our films are neither fiction nor nonfiction. They come from and return to our ancestral lands. They emerge from and sink back into the lives we are actually living with our durlg (dreamings)”. – Karrabing

With "Wonderland", Haus der Kunst presents the first solo exhibition in Germany of the Karrabing Film Collective, an Indigenous artist group from Australia. The exhibition includes all of Karrabing's major films, providing an insight into the collective's multi-layered working methods and new forms of collective, Indigenous agency. The grassroots film and arts group was founded in 2007 and deploys their collectively produced films and installations as a form of Indigenous resistance and self-organisation. Karrabing comprises approximately fifty members from different generations, most of whom live in the Belyuen Community in Australia’s Northern Territory. Often described as “improvisational realism”, the films seek to open up a space beyond binaries of the fictional and the documentary, or the past and the present.

Over the past decade, Karrabing have created an inventive, unexpected and deeply ironic cinematic language that has already made a name for itself in the world of film and visual art. Karrabing members communicate to one another in a form of creole unique to the region, often supplementing this with various soundbites and media clips whose linguistic registers encompass everything from Received Pronunciation to Australian colloquialisms.

The exhibition opens outwards into several formats, including a multimedia room that allows for the public to delve deeper into the social, political and cultural backgrounds that shape the Collective’s practice. Furthermore, there will be a comprehensive Reader offering a myriad of entry-points to Karrabing’s practice. These not only concern the dynamics between First Nations and colonial-settler Australians, but also speak to universal concerns affecting the relationship between human and non-human life forms, as well as the maintenance and care of the land and of the earth’s varied eco-systems. Thus, the exhibition also sits in dialogue with Joan Jonas’ exhibition and her decades’ long commitment to placing the non-human at the centre of her artistic practice.

“Wonderland” takes place in Haus der Kunst’s LSK-Galerie – which once served as the building’s air raid shelter – and builds upon a line that was initiated by the recent exhibition of Tony Cokes, in which the most historically charged spaces within the museum are given over to projects that critically interrogate the making of histories. Enacting a deliberate friction with the history of the building, the exhibition thus critically interrogates the concepts of representation, belonging and cultural memory, introducing audiences to a collaborative, imbricated model of togetherness based upon dynamic interactions and creative exchanges.

In spring, Karrabing's most recent film Macassans vs. Berragut: Let the Ancestors Decide (2023), co-produced by Haus der Kunst, will be premiered.

Public guided tours of the exhibition are organized in English and German. They cost 3 € per person and don’t require reservation.

No tour scheduled in German

No tour scheduled in English

Events linked to this exhibition 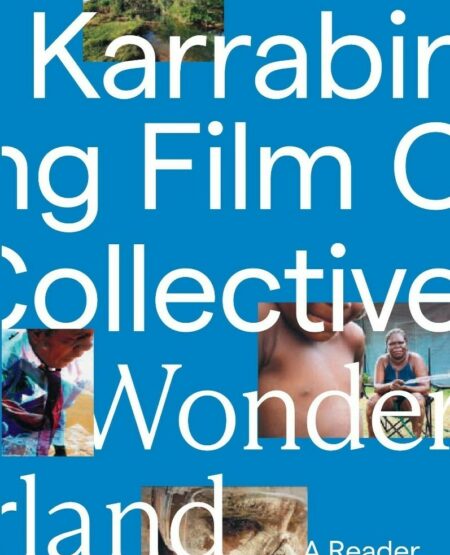