"Rise and Fall of Apartheid" offers a comprehensive historical overview of the pictorial response to apartheid, which has never been undertaken before. Through its images, it explores the significance of the civil rights struggle, from how apartheid defined South Africa’s identity from 1948 to 1994, to the rise of Nelson Mandela, and finally its lasting impact. It examines the aesthetic power of the documentary form – from the photo essay to reportage, social documentary to photojournalism and art – in recording, analyzing, articulating, and confronting apartheid’s legacy and effects on everyday life in South Africa.

Apartheid, the compound Dutch word meaning separate, was designed to promote racial segregation and white domination. In 1948, after the Afrikaner National Party’s surprise victory, apartheid was introduced as state policy. The reorganization of civic, economic, and political structures became increasingly violent and penetrated even the most mundane aspects of social existence. The exhibition argues that the rise of the Afrikaner National Party and its introduction of apartheid changed the pictorial perception of the country from a colonial space based on segregation to a highly contested space based on the ideals of equality, democracy, and civil rights. Photography was almost instantaneously alert to this change and transformed its visual language to a social instrument. No one photographed South Africa and the struggle against apartheid better, more critically and incisively, with deep pictorial complexity and penetrating insight, than South African photographers. This exhibition explores and pays tribute to their exceptional photographic achievement. Historic events like the "Treason Trial" of 1956-61 and Nelson Mandela’s 1990 release also appear. The exhibition’s focus, however, is not on the history of apartheid, but rather explores its normative symbols and signs.

Vivid, evocative, and dramatic, "Rise and Fall of Apartheid" features nearly 70 artists and covers more than 60 years of photographic and visual production that form part of the historical record of modern South African identity. With more than 500 photographs, artworks, films, videos, documents, posters, and periodicals, the exhibition is a rich tapestry of materials. Included in the exhibition are works of pioneering South African photographers such as Eli Weinberg, David Goldblatt, Peter Magubane, Jurgen Schadeberg, Sam Nzima, Ernest Cole, and the responses of contemporary artists including Adrian Piper, Hans Haacke, or William Kentridge. The exhibition also features the works of a new generation of South African photographers. 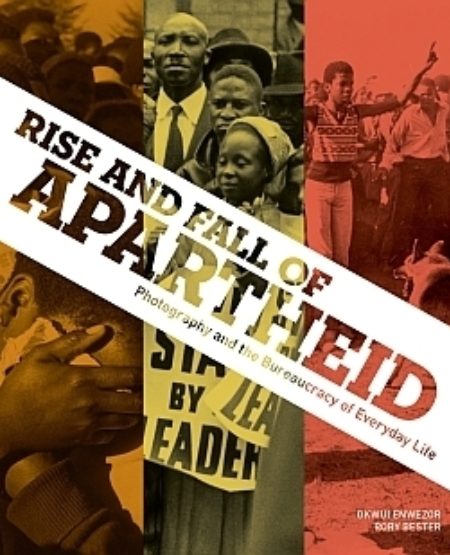