About Discussion with Georg Baselitz and Alexander Kluge%

In this rare meeting two of Germany's leading figures of postwar art, philosophy, and cinema discuss the culture and politics of the era. Alexander Kluge is an author, filmmaker, philosopher and theorist, and is the recipient of numerous awards for his work across multiple media. Georg Baselitz is a painter, sculptor, printmaker and draughtsman, and is one of the country's most celebrated living artists, with a distinguished career spanning over 50 years.

Georg Baselitz, born in 1938 in Deutschbaselitz, Saxony, is a painter, graphic artist, and sculptor. Baselitz began his studies in painting at the Art Academy in East Berlin, from which he was expelled; he moved to West Berlin, where he continued his studies. In 1963, the last year of his studies, he had his first exhibition – in the Berlin gallery Werner & Katz – which provoked a scandal. Following a scholarship at the Villa Romana in Florence, in 1965-66, he created the major series "Helden" and "Neuen Typen". In 1969 he made the permanent shift to painting his motifs upside down. In 2005 he created his first works based on his "remix" method. In 1972 he participated in the documenta 5 in Kassel, and in 1980 he exhibited his "Modell für eine Skulptur" in the German Pavilion at the Venice Biennale. Major retrospectives in recent years include shows at the Royal Academy of Arts in London (2007) and the Musée d'Art Moderne in Paris (2011). Among many other honors, he received the Praemium Imperiale in Tokyo of 2004.

Alexander Kluge, born 1932 in Halberstadt, Saxony-Anhalt, is an attorney, author, and filmmaker. He studied law, history, and music in Marburg and at the Johann Wolfgang Goethe University in Frankfurt am Main. In the early 1960s, Kluge attracted attention both as a writer and filmmaker. In 1962, he read from the publication “Lebensläufe” (literally “ways of life”, but also translates to “curriculum vitae”) with the “Gruppe 47”, an association of German authors. At the same time, he published the Oberhauser Manifesto alongside 25 other young filmmakers, which was a founding document for the New German Film. Kluge directed a great number of fiction and essay features that often had a documentary streak, such as “Abschied von Gestern” (Goodbye to Yesterday), 1966; “Der große Verhau” (The Great Mess), 1971; and “Die Macht der Gefühle” (The Power of Feelings), 1983. Kluge actively supported the state-funded promotion of film and introduced cultural shows to private TV stations. He has published novels, stories and essays, such as “Öffentlichkeit und Erfahrung” (Public and Experience), 1973; “Geschichte und Eigensinn” (History and Willfulness), 1981; and about “the dimensional ratio of the Political”, 1992. Alexander Kluge has been distinguished many times for his filmic and literary work; among others, he was rewarded with the Silver Lion (1966), the Golden Lion (1968, 1982), the Theodor W. Adorno Prize (2009) and the Heinrich-Heine Prize (2014).

The discussion will be held in German and translated simultaneously in English. 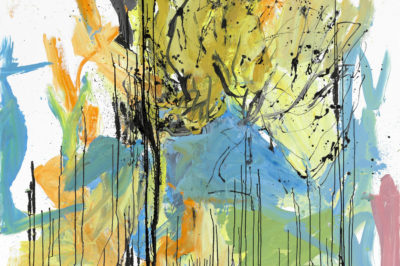