Carsten Nicolai (*1965, Karl-Marx-Stadt) lives and works in Berlin. Inspired by scientific reference systems, Nicolai explores mathematical patterns such as grids and codes, error and random structures, as well as the phenomenon of self-organization. In doing so, he continually breaks down the boundaries between various artistic genres.

His oeuvre echoes in his work as a musician: For his musical outputs he uses the pseudonym Alva Noto. Diverse musical projects include remarkable collaborations with Ryuichi Sakamoto, Ryoji Ikeda, and Blixa Bargeld among many others. Nicolai toured extensively through Europe, Asia, South America and the US. Among others, he performed at the Solomon R. Guggenheim Museum in New York, the San Francisco Museum of Modern Art, Centre Pompidou in Paris and Tate Modern in London. Nicolai scored the music for Alejandro González Iñárritu’s 'The Revenant’. The score was nominated for a Golden Globe, BAFTA, Grammy and Critics Choice Award. As well he has created the sound design for Iñárritu’s groundbreaking VR project “Carne y Arena”. 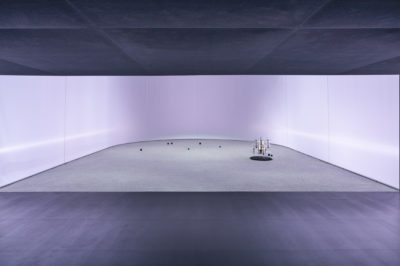