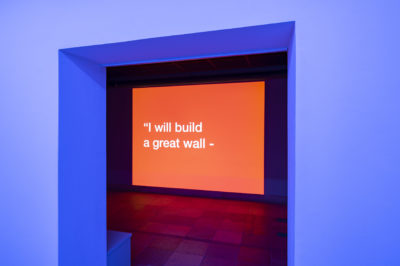 Works by “divinely gifted” artists in (semi-)public space: A walk through a piece of Munich’s art history

To this day, works by artists on the “divinely gifted list,” compiled in 1944 on the orders of Adolf Hitler and Joseph Goebbels, feature prominently on squares, facades, and important institutions in central Munich. They include both works created under the Nazi regime and art commissioned from the same artists for buildings and public space during the decades after the war.

Art historian Wolfgang Brauneis, curator of the exhibition “'Divinely Gifted': National Socialism's Favoured Artists in the Federal Republic”, which was shown at the Deutsches Historisches Museum in Berlin, will lead a three- to four-hour walking tour through Munich to view these works, which were created between the 1930s and the 1970s. The guided tour will illuminate both artistic and historical aspects, tracing the continuities and breaks in the artists’ careers and identifying iconographic and formal aesthetic features as well as the networks of artists that existed both under the Nazi regime and after the war. The exhibition project will thus be extended into urban space.

Meeting point is at 1.45pm at the main entrance of Haus der Kunst.